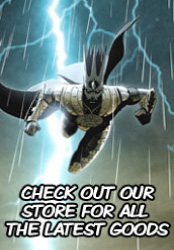 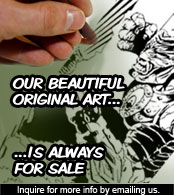 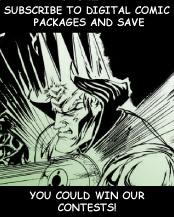 Eye of the Keeper is a sophisticated comic book series in the dark fantasy genre. It is an intricate psychological drama of the highest caliber. Imagine a hero lost in his own gothic perception of himself, while his horrid past of abuse and violence is constantly slicing at his heels. What kind of a hero will he be? His tormented journey of self-discovery takes place in The Crying City, a futuristic metropolis set in the present day. His power all comes from a talisman called The Eye, which locks onto his chest, and perhaps into his genetic structure. He is alone, without power and conviction. All he wants to do is die, but that isn't for him either, because first he has to figure out why he is being accused of murder, genocide, and corruption. This is an epic human story with cosmic repercussions. Three issue introductory Art by Ariel Iacci. Ongoing series art by Fernando Rafael Campos (aka Kiro).